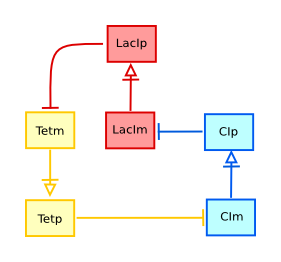 Thrombin generation model. Factors are denoted by their numbers, with _l and _f suffixes depending on whether they are lipid-bound or fluid phase. Vesicle concentration is derived from LIPID (concentration of head groups) using the formula [vesicle] * 4*10nm^2*pi / 0.74nm^2 per head group. The model was integrated and simulated using Copasi 4.6.32 and plotted using Matplotlib to reproduce figure 4 of the article.
More about this page