The Finn research group focuses on developing computational approaches for the reconstruction of genomes from metagenomes, and investigates the distribution of microbes and functions in different environments.

The Finn research group focuses on developing computational approaches for the reconstruction of genomes from metagenomes, and investigates the distribution of microbes and functions in different environments. Edit 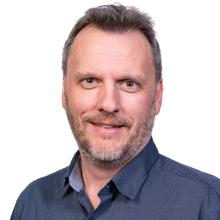 We explore the entire microbiome, including the important yet understudied viral and eukaryotic (single-cell) fractions, to elucidate the functions of microbial communities, as well as their complex interplay and dynamics.

In doing this, we also consider the genomic plasticity and diversity generated by mobile genetic elements (MGE), which can create opportunistic pathogens and/or drug resistant microbes.

Our large-scale studies have identified thousands of novel species, which are now driving new developments in the MGnify microbiome resource. We have:

Our overarching goal is to decode the role of microbial communities in health and disease. We will exploit these new and expanding genomic resources to elucidate compositional changes and to address key knowledge gaps, including uncharacterised human microbiomes from under-represented geographical regions.

We will study the functional repertoire encoded by these newly discovered genomes to identify those with key roles in microbial adaptation to a particular ecological niche.

We will also focus efforts on the detection, prevalence, and impact of MGE (e.g. plasmids, phages, and transposons) to facilitate insights into their roles in community function, and exploit their functions in applied settings, for example fuelling new greener approaches to industrial biotechnology.

Finally, we will pursue real-world applications of metagenomics techniques, such as pathogen surveillance or the study of complex symbionts.