The group studies the molecular mechanisms of cell fate decisions in early development as well as ageing, immunology and cancer. We develop and use computational models and statistical approaches to integrate and analyse single cell omics data.

The group studies the molecular mechanisms of cell fate decisions in early development as well as ageing, immunology and cancer. We develop and use computational models and statistical approaches to integrate and analyse single cell omics data. Edit 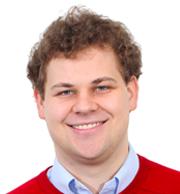 Prior to the use of single cell based technologies, it was only possible to profile gene expression levels from bulk populations of millions of input cells. This assumes the cell population is homogeneous, which is clearly not the case, and there are many biological questions where bulk measures of gene expression are insufficient. During early development, for example, there are only a small number of cells, each of which can have a distinct function and role.

As cell fate decisions are made at the single cell level, we seek to understand them by profiling molecular features at single cell resolution. Recent advances in molecular and cellular technologies, particularly single cell RNA-sequencing (scRNAseq), have enabled the high-throughput analysis of thousands of genes (and other ‘omics’ measurements) in thousands of single cells at the same time.

Our group has been a driver of the single cell genomics revolution, pioneering the development of robust and widely-used statistical approaches for all aspects of data analysis, from normalization through to data integration and interpretation. We have also demonstrated how single cell genomics can be used to create molecular atlases and how these can facilitate novel and unexpected discoveries about how cells function in a variety of contexts including early development, ageing, immunology and cancer.

From a methodological perspective, my group ensures these new data can be fully exploited by developing the required sophisticated and rigorously tested statistical models. We ensure that our code is well-documented and accessible to the wider scientific community, facilitating use of these tools as well as establishing building blocks for further methodological development. Once established, we work with outstanding experimental collaborators to apply these tools to fundamental biological questions, with a particular focus on early mammalian development, immunology and cancer.

Moving forward, the group will increasingly focus on modeling cell fate decisions in space and in real time. Almost all single-cell genomics techniques to date require cells to be dissociated, with a loss of spatial context and a subsequent inability to fully comprehend a cell’s ecosystem. New technologies are emerging to resolve this problem, but there are a lack of robust and appropriate computational tools for making sense of the resulting data. Using statistical models, motivated by both classical and machine learning strategies, we will develop a toolkit to address this need. This will enable construction of a comprehensive map of how a cell’s spatial position, its movement and its molecular profile impact its ultimate fate. We will pioneer these approaches using early mammalian development before moving on to apply them in the context of disease, especially cancer.

John Marioni is jointly employed by the Cancer Research UK Cambridge Institute at the University of Cambridge so the group is based across both sites. John also holds an Associate Faculty position at the Wellcome Sanger Institute. We are grateful to be funded from a variety of sources, including the Chan Zuckerberg Initiative, CRUK, EMBL, MRC, NIH and Wellcome.