With collaborators, the Flicek Group pioneered the technique of comparative regulatory genomics to investigate the mechanisms, function, and origin of the mammalian genome using a broad collection of mammalian species. Edit 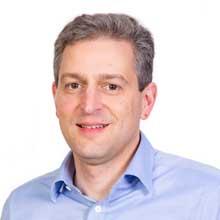 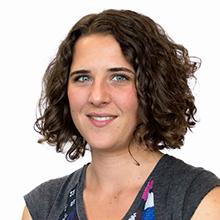 Working closely with experimental collaborators, the Flicek group pioneered the technique of comparative regulatory genomics to analyse how vertebrate genomes can create the same, highly conserved cell-types despite extensive genome sequence changes. We have used this understanding to provide insight into the mechanisms, function, and origin of the mammalian genome using both a broad collection of mammalian species and a set of closely related mouse species.

For example, we demonstrated widespread evolutionary innovation in genome regulation as evidenced by rapid changes in the genomic binding locations of highly conserved transcription factors (Schmidt, Wilson, Ballester et al. 2010). We explored how repetitive element expansions have been actively remodeling the genomes of most mammalian lineages by carrying CTCF binding into tens of thousands of new locations (Schmidt, Schwalie et al. 2012) and discovered a single sequence change outside of the core CTCF motif that led to thousands of new CTCF binding sites (Thybert et al. 2018). More recently we found that clusters of CTCF binding sites rather that single highly conserved sites are associated with maintaining topologically associating domains (Kentepozidou et al. 2020).

We also showed how the dynamic process of enhancer evolution preferentially captures ancestral DNA sequence to create the approximately 50% of enhancers unique to each mammalian lineages (Villar, Berthelot et al. 2015) and are extending these results by investigating the role of retrotransposons in driving these changes.

Our research projects are expanding in the number of species and tissues as well as expanding the range of experimental technologies we are using and specific DNA–protein interactions. We will take advantage of the substantial number of new genomes being sequenced as part of the Darwin Tree of Life project and other global efforts to explore an ever-wider view of the evolution of transcriptional regulation.

We address our research questions in collaboration with groups at the University of Cambridge, the Wellcome Sanger Institute, and other locations. Our work is focused on biological discovery driven by fundamental computational and experimental collaborations.