Small creatures with a big impact

This month, our 2020 calendar is taking us on an exploration of the composition of bee venom and its promising application in medicine.

The impact of bees

There is no doubting the importance of bees in nature and to our lives. Bees are perfectly adapted to pollinate flowering plants by transferring pollen between flowering parts to continue the life cycle of plant life. As bees visit plants seeking food, pollen catches on their bodies and passes between plants, fertilising them. In contrast to other pollinators (e.g. butterflies, flies) which visit a flower to feed upon nectar, bees collect pollen and use it to feed their larvae.

Worker bees are armed with a venomous sting used for the protection of their hives against predators. Fortunately, most honey bees are not aggressive towards humans and only attack when they feel threatened. When a stinging event occurs, on average 140-150 μg of venom is delivered to the skin and skin cells become the target of the venom’s action, leading to swelling and pain. Bee venom is a mixture of more than 60 components, among which are enzymes, peptides, histamine, pheromones and amino acids. The main enzymes present are phospholipase A, phospholipase B (lecithinase) and hyaluronidase, while the main peptides are melittin and apamin.

The second most abundant compound in bee venom is phospholipase A2 (PLA2).  PLA2 alone is a non-toxic protein, however when combined with melittin, it creates a complex that cleaves phospholipids, the main components of the cell membrane. The products of the reaction include eicosanoids – molecules which can signal pain, which is one of the reasons the sting hurts. Phospholipase A2 proteins are of high pharmaceutical interest since they are responsible for the release of arachidonic acid from membranes, and since the subsequent conversion of this fatty acid to leukotrienes and prostaglandins is part of the inflammatory response. 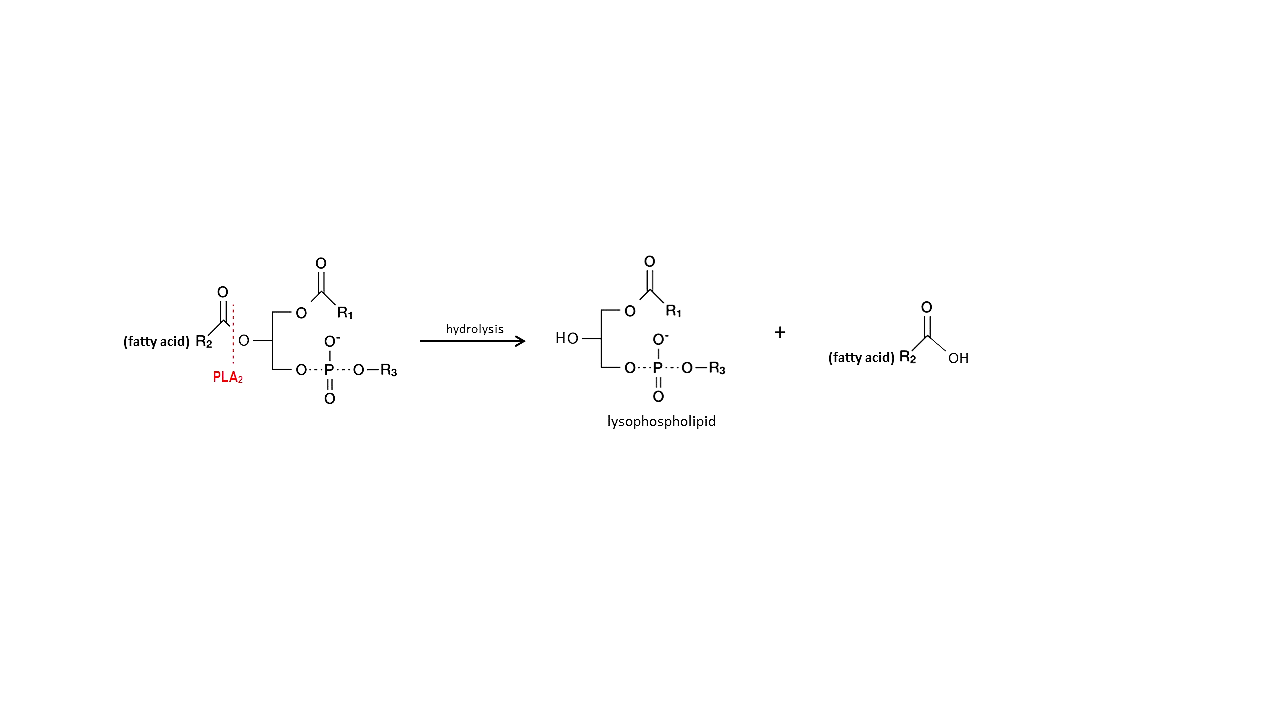 Phospholipase A2 (PLA2) hydrolyses the acyl bond at the sn-2 position of membrane phospholipids, releasing lysophospholipids and free fatty acids, such as arachidonic and oleic acids.

PLA2 from bee venom belongs to a group of phospholipases called secreted PLA2s, which are small proteins (~15 kDa), rich in disulphide bonds. The presence of a calcium ion is essential for the activity of the enzyme. The calcium ion is held in place thanks to coordination by backbone carbonyl groups of two glycines and tryptophan, as well as the sidechain of an aspartate group. Phosphate groups from the phospholipid substrate also help coordinate the calcium. 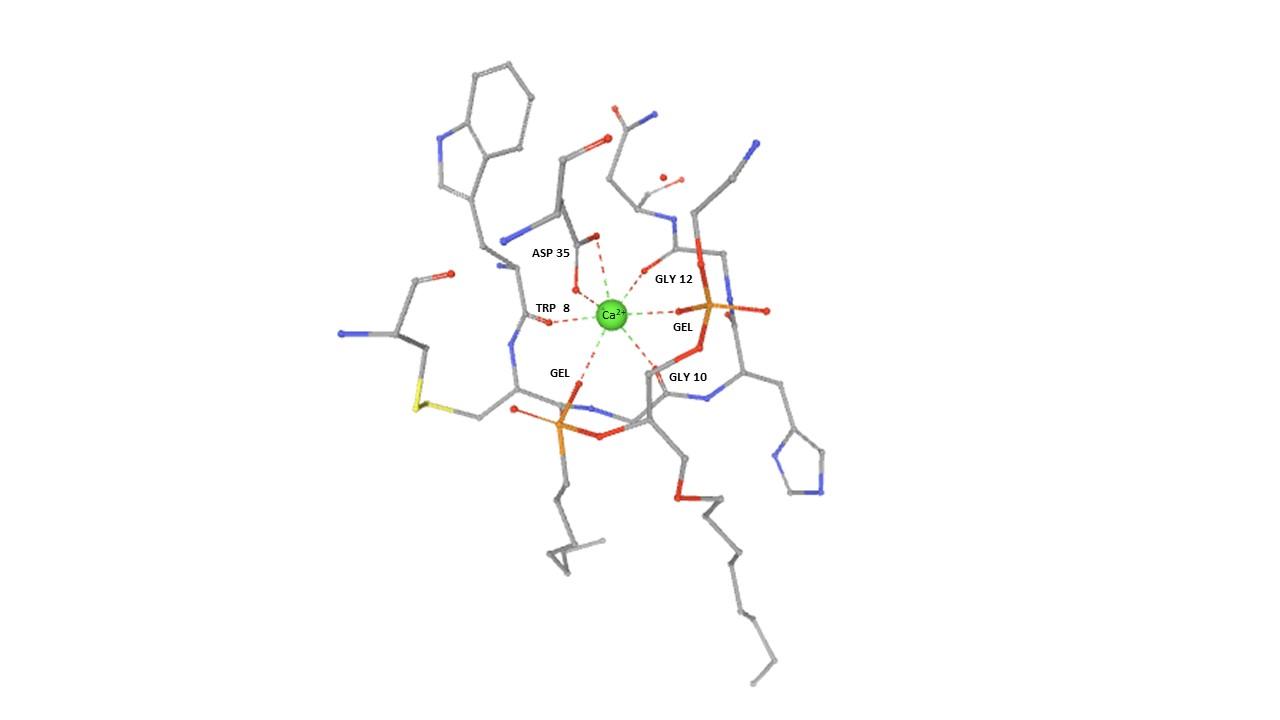 Interestingly, while there are many PLA2 structures in the PDB archive, there is just one PLA2 (PDB ID 1POC) from bee venom. Understanding more about the structure of this enzyme could help us unlock the potential of bee venom in new therapeutics.

The artwork, entitled ‘Beauty and pain’ was created by Tiernan Leschner, a 16 year old student from Stephen Perse Foundation in Cambridge, and presents two aspects of our encounters with bees. The flowers at the bottom show the beauty of nature and the importance of the role of bees in pollination, whereas the structure of phospholipase A2 is shown in darker colours and represents the pain caused by the bee’s sting.