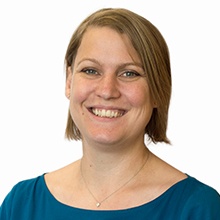 Melanie Courtot is a coordinator for metadata standards in the Archival Infrastructure and Technology team. In her role, she oversees the BioSamples and Unified Submission Interface (USI) teams' activities and develops integrated metadata strategies across EMBL-EBIs archival resources.

In the context of the Global Alliance for Genomics and Health (GA4GH) which she joined in 2016, Melanie co-leads groups working on data access as well as clinical and phenotypic standards. She leads development of the Data Use Ontology (DUO, https://github.com/EBISPOT/DUO) which allows to semantically tag datasets with data access restriction about their usage, making them discoverable automatically based on the authorization level of users, or intended usage.

Prior to taking the lead of the the BioSamples Database project in September 2017, Melanie was project lead for the Gene Ontology (GO) editorial office and the Gene Ontology Annotation (GOA) projects.  Melanie develops several ontologies and is an operations committee member of the OBO Foundry, a consortium of ontology developers committed to collaboration and adherence to shared principles. She is passionate about outreach and has organised or participated in many conferences, workshops and tutorials.

Melanie joined EMBL-EBI in June 2015, after postdoctoral research at Simon Fraser University, Canada on food-borne pathogen outbreaks. In 2009, after sereral years working as a software developer, she went back to school and obtained her PhD in Bioinformatics from the University of British Columbia, Canada in 2014, demonstrating how ontologies and community standards can greatly improve the detection of vaccine-adverse events. She holds a Master in Computer Science from the Université Louis Pasteur, in Strasbourg, France (2002).